…than bad fences do anyway.

Our pseudo-neighbor is flipping the house on the other side of our extra lot. He informed me some time back that he would be taking out the chain-link between us and putting in a privacy fence. He was neighborly enough to check in about the property line and where the fence posts should be, but not neighborly enough to hang the finished side out like courtesy suggests, as well as city fence ordinances.

It was done before I had time to notice. I was so entirely caught off-guard by the thing. It never occurred to me to put up a fence pretty side in. Next time we saw each other he exclaimed, “Now, you can put up your side!” As if it was a perfectly normal after-the-fact comment to make. 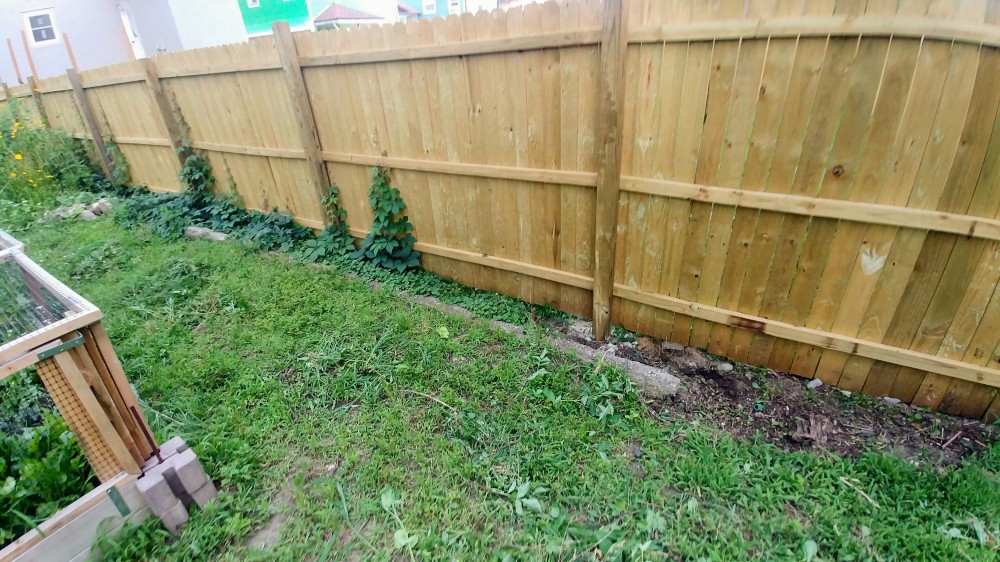 As I continued work on my garden, staring at the inside mechanics of the not-ours fence, it stewed a bit. I have the difficult side to maintain and it isn’t even mine. I also realized that if I wanted to take advantage of the existing mechanics, I best do it now, with the current owner’s offer to share the posts. I have absolutely no idea what neighbors the next sale will bring.

Now, to go back, my husband and I have been plotting out our own fence to close off the garden section of the side lot from the street. Every time we’d settle on a style and materials, something would sell out and we would start over. Then I found the heavyweight architectural cedar lattice. The neighbor’s fence is pressure-treated, so we won’t grow food on it, but the fence we put up across the front of our lot I want to be able to cover in beans and other vining vegetables. I want this arbor and gate, covered with beans and flowers and maybe zucchini…

So I ordered posts and solid panels to close the short stretch across the back of the property, as well as lattice for the side stretch and the back, over the week of the Fourth. I got to work on the afternoon of the Fourth. 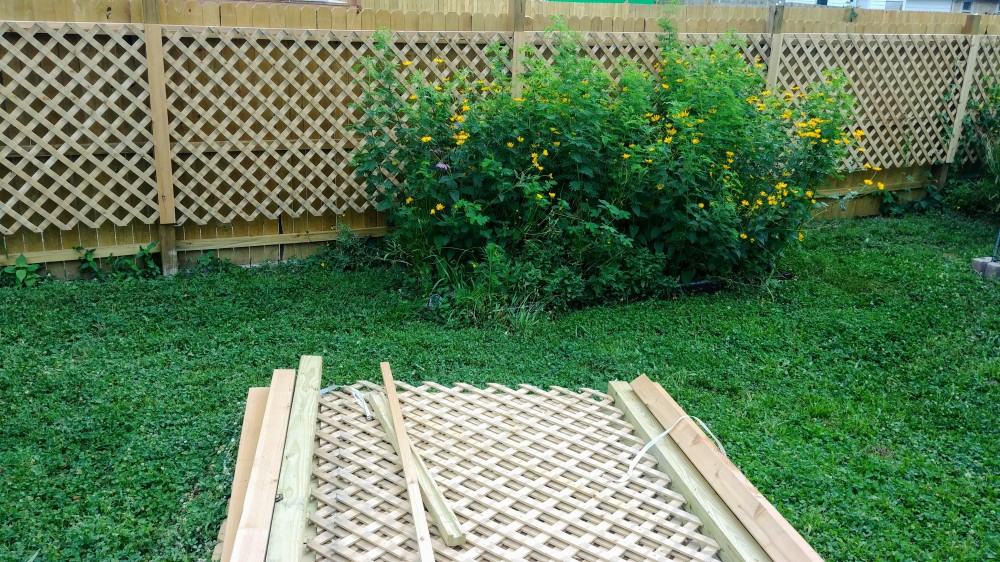 I used “L” brackets to mount the framing lumber flush in-between the posts, so the lattice was flush to the post face. (It was a challenge to create a level appearance for our lattice considering the zigzaginess of the opposing plank panels.) The first sheet was a bother, but it was also a short learning curve from there. I halved cedar 1×4’s to face the seams of the lattice sheets. (They also helped to hide the evidence that no space between posts was the same distance, making those seams land in different places each post.) We are still searching for solar fence post lights to mount the 1×4’s.

Also, now that the lot isn’t being poisoned every other month through summer (as the previous owner was wont to do), we have various green surprises popping up. First was the lush clover blanket at the front of the lot. Second is a lovely stretch of Virginia creeper along the propty line. It had begun climbing enough on the neighbor’s panels, I had to peel it back to install the lattice.

I have begun encouraging it’s new climbing path with jute ties. We shall see how it goes. 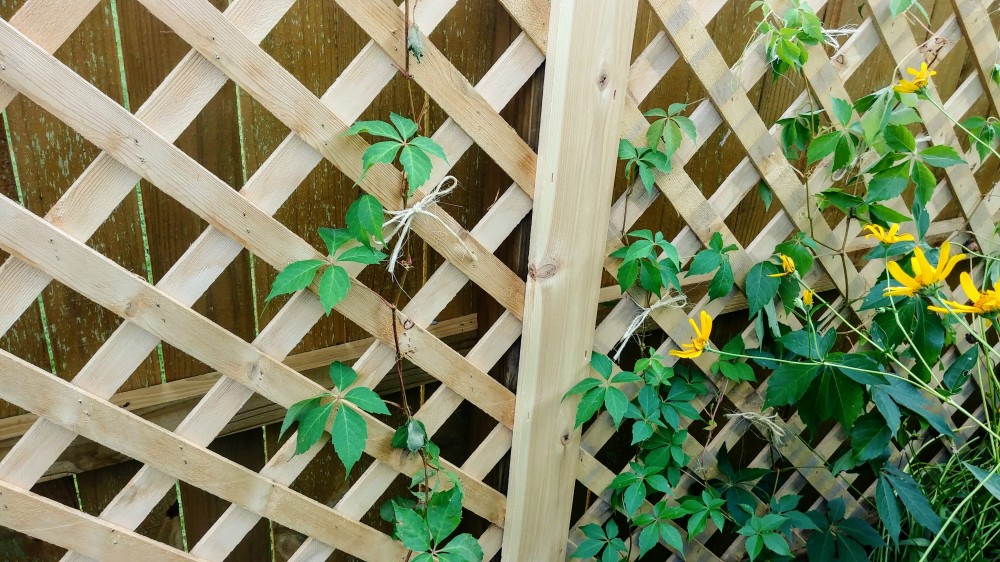 With this section underway, I have gained confidence moving forward with the remainder of the fence project.

Also, I think the “dressing up” of the neighbor’s zigzag fence fits well with the wabi-sabi efforts of our wabi-sabi life.